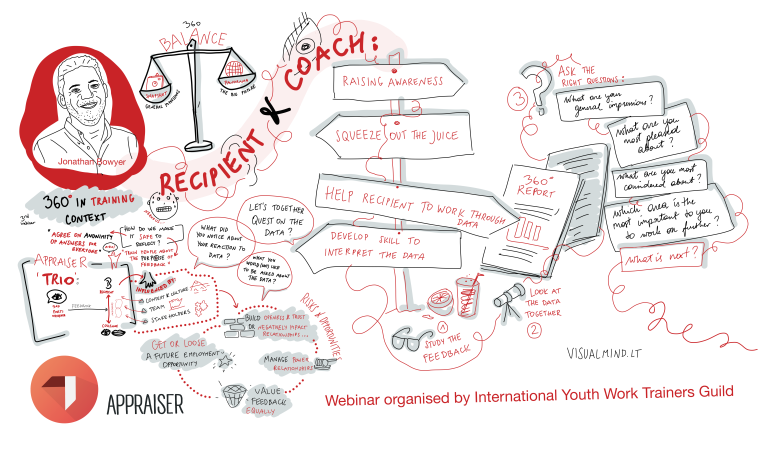 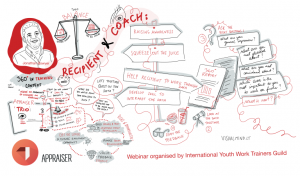 I recently had the pleasure of presenting on a webinar about 360 degree feedback for the  International Youth Work Trainers Guild. (You can find the recording at https://iywtgroup.wordpress.com/2018/07/05/3rd-webinar-on-assessment-practices-in-the-training-field/).  One of the topics we covered was anonymity and attribution: Should respondents to a 360 feedback survey, remain anonymous? Should they have the choice to put their names by their comments, or should organisations insist that all responses by attributed (ie carry the name of the respondent).

On a practical level, attributing scores is probably harder than attributing comments. In our surveys, we usually show graphs from scored questions with the self-assessment and manager scores attributed and all others merged and therefore anonymous.  For the text answers, we have the capacity to ask respondents to choose, at the end, if they want to put their name to their comments. The problem arises that if some respondents say yes and a decreasing number say no, then the anonymity of the ‘no’s starts to be eroded.  We know that feedback recipients find it difficult to avoid guessing who wrote what, and so with fewer anonymous responses, the process of elimination becomes easier.

This is actually a culture question.  Anonymity is offered in order to get people to say, score and write what they really think and feel, without fear of retribution. We want people to be honest and that is not very likely if you think your colleague (in particular a more senior one) will challenge you about it, or worse, punish you for it.  All that sounds like a culture of fear; a culture of avoidance.  Surely instead, we want to cultivate cultures of transparency, authenticity and learning?

If those who respond and provide feedback in 360 surveys, are identified, then ideally that will mean that the recipient can, yes, challenge if necessary, but more importantly, learn, put things right and build stronger relationships.  It takes courage from the respondent and the recipient, to engage in this kind of feedback conversation. And in an ideal world, 360 degree feedback would not be needed, maybe, because everyone – including senior managers and leaders – would already be having robust feedback conversations day to day and month to month.

The purpose of feedback is to raise awareness and to encourage change and growth.  A healthy feedback culture therefore, will promote open and honest conversation, questioning and challenging, reflecting out loud and learning from mistakes.  It won’t appear overnight. The courage – and the skills – to give and receive feedback well – need to be developed; to be grown and won.  Its seems to me that organisations that want to change their feedback culture need to take it in steps. Maybe attribution to a particular group comes first, then, when everyone is more comfortable with that, we can start giving individual names. Maybe it needs to be role-modelled from the top? Are all the senior people happy to attribute their responses and can they demonstrate how to respond well to uncomfortable opinions and truths?

In the webinar, we also talked about the importance of how 360 degree feedback reports are processed or debriefed.  It’s perhaps here that much of the important work of encouraging ownership of our responses can be done. Supporting recipients to take a mature, constructive view; developing the wisdom to know what to overlook and how to have mature and constructive, rather than defensive, conversations, to get the most from the feedback.